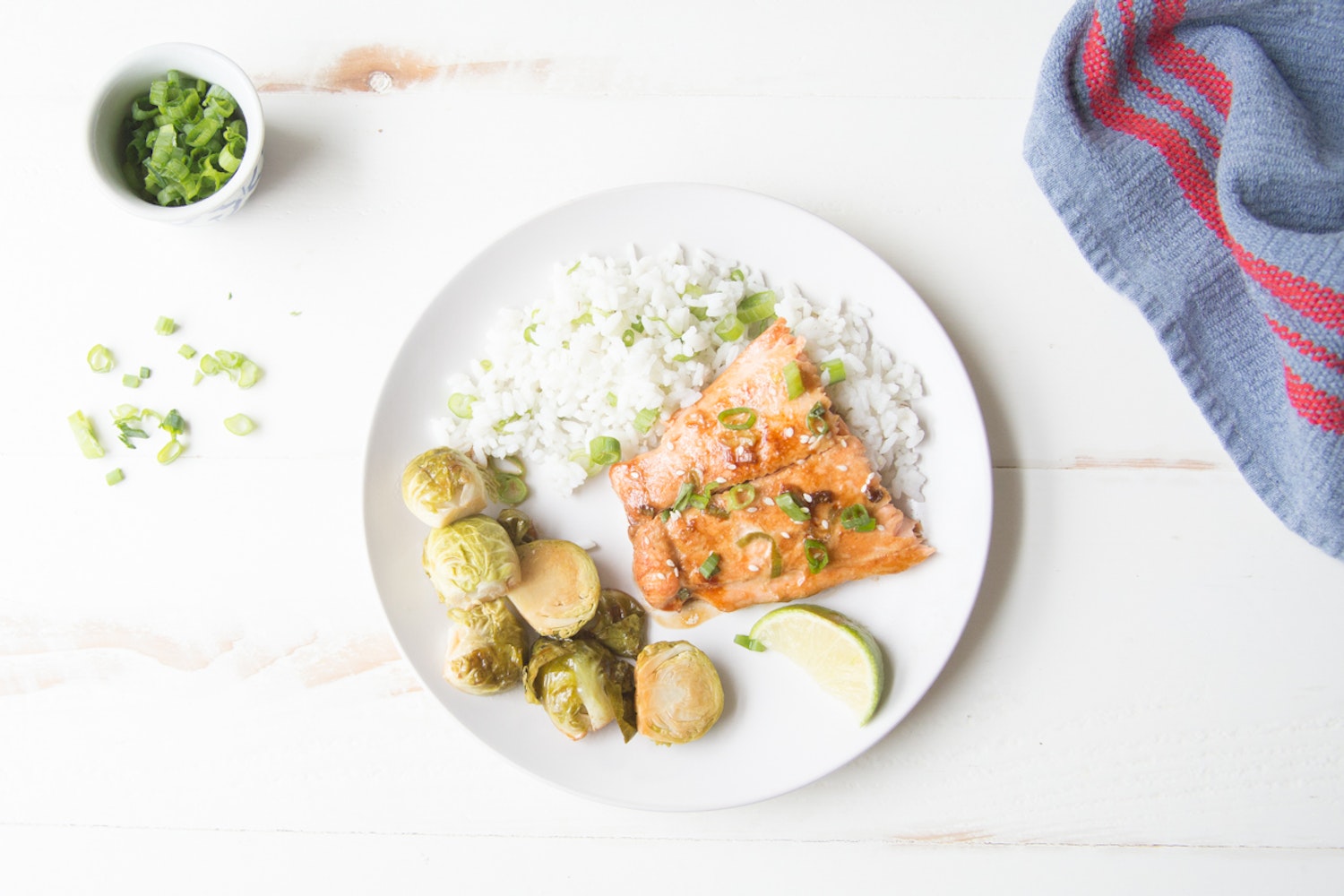 A savory and sweet marinade gives Asian flavor to brussels sprouts and salmon in this oven-roasted dinner.
Smarts: Make a double batch of rice tonight and use the leftovers in Wednesday's enchiladas.

Very good, and easy. Looks nice enough and tastes good enough to serve for company. Will be making this one again!

I added some leftover coconut milk to the rice, but otherwise made as per the recipe. It was delicious, will definitely make again!

I really liked this, but I would recommend using 1.5x the amount of sauce for added flavor.

Doubled sauce, threw in some sriracha and white miso as someone else suggested. Yum!

After seeing other comments that the marinade/sauce was a little bland, I threw in some white miso, prepared grated ginger, and a shot of Sriracha.