Summer Paninis with Bell Peppers and Zucchini
with pineapple spears 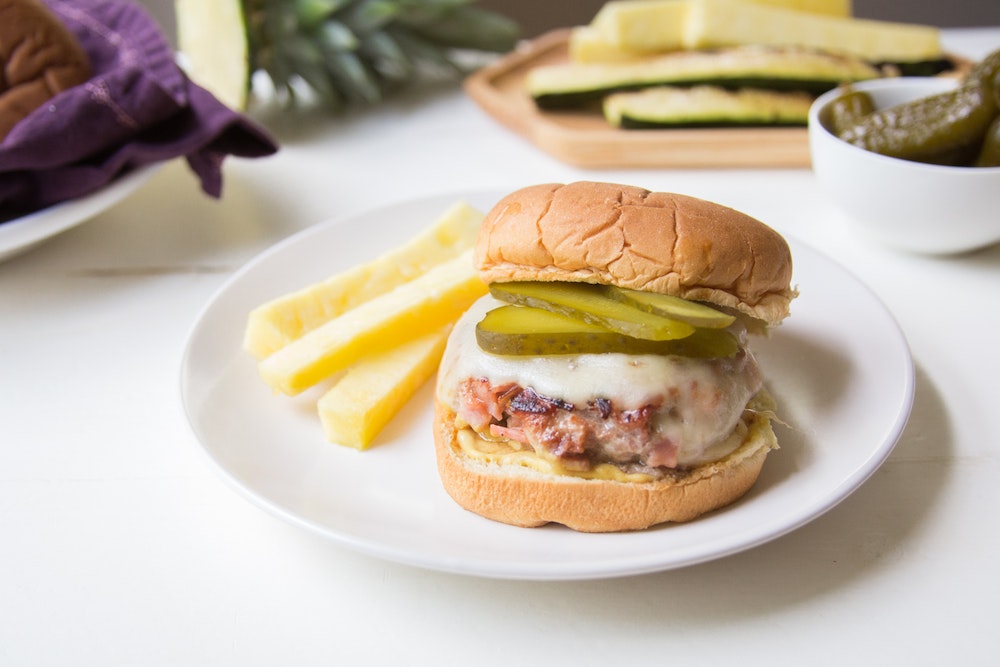 Use the late summer surplus of vegetables to make these paninis - pressed grilled cheese sandwiches.
Smarts: We like bell peppers and zucchini in these sandwiches, but just about any summer vegetable will work.

I roasted my pineapple in the oven with a little salt and honey (no zucchini). The sandwich was tasty and easy to make. It's not exactly an authentic cuban, but who cares?

It was ok; nothing impressive

Love the technique of adding a little lunchmeat!

I didn’t make the vegetable spears and had salad instead, but I thought it wasn’t a bit dull

This was quite tasty! Loved the slaw and the grilled zucchini. Didn't grill pineapple instead added mashed potatoes and corn on the cob, so not perfectly Paleo.