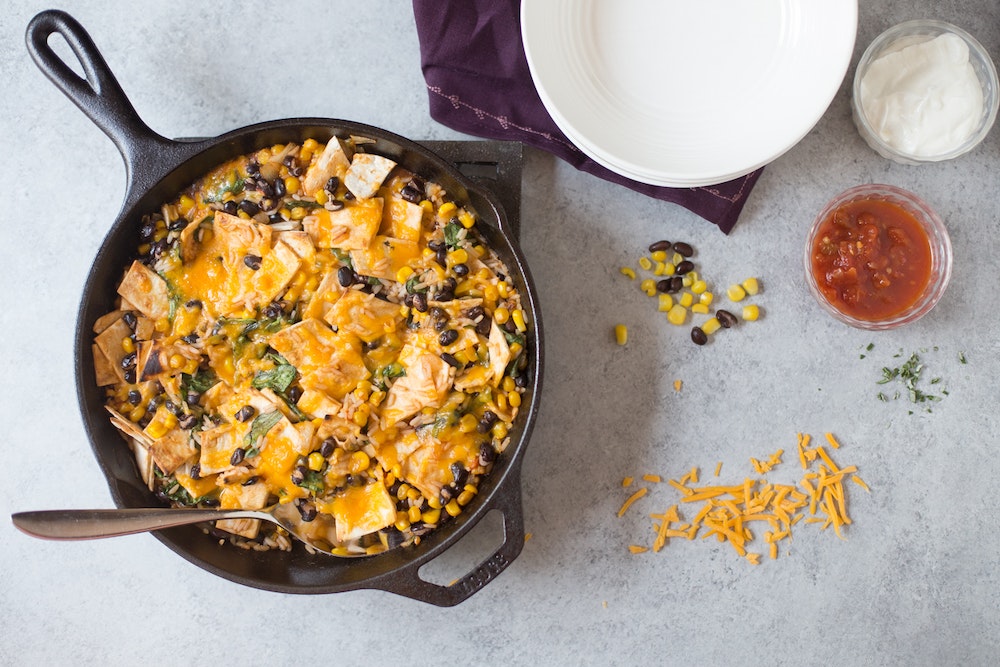 We first featured this short-cut method for enchiladas (which combines all of the ingredients in a skillet rather than rolling and baking in the oven) in early 2016. We've made some updates to the recipe using feedback from our community and created a new vegetarian version with rice, black beans and spinach, plus enchilada favorites like sour cream and cheese!

Love, love, love this dish, and so does our six-year old. I waited until it was just about done to put in the spinach, because the heat of the dish is enough to wilt the spinach. No point in putting it in too early.

Subbed more corn instead of rice, worked out well. So, so good. Even better after a few days in the fridge.

If I made it again, I'd decrease the amount of rice.

So easy to put together and really delicious. The leftovers worked great for lunch.

This was a really easy meal to put together - I really appreciated its simplicity. I used green onions instead of chives because it was what I had.