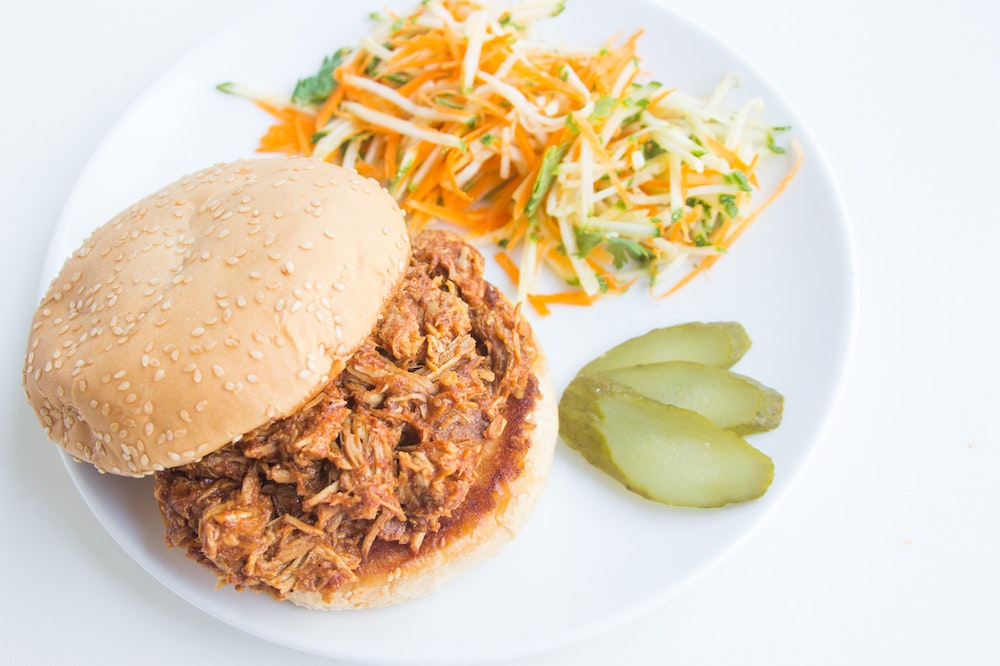 We used broccoli slaw and store bought bbq sauce and added fries as a side because we had friends visiting :)

I had read through some of the reviews and decided to: 1) Slow cook the chicken without the bbq sauce first and then added the sauce during the last hour of cooking 2) Add lime juice and some soy sauce to the slaw. REALLY TASTY!

The one thing I did was added a little bit of brown sugar in order to tone down the tangy flavor, because it was a little to much tang for my family. The slaw on the other hand was not a success. I think I may try it without the ciltrano, it was over powering the rest of it and my family is not a big fan of the ciltrano taste. Other than those 2 things, it was a big hit and I will make the BBQ again. =)

the slaw was really good, I used my spiralizer. The chicken wasn't the best