Tom Kha Gai Soup | from 3/9/15
with chicken, zucchini, and mushrooms 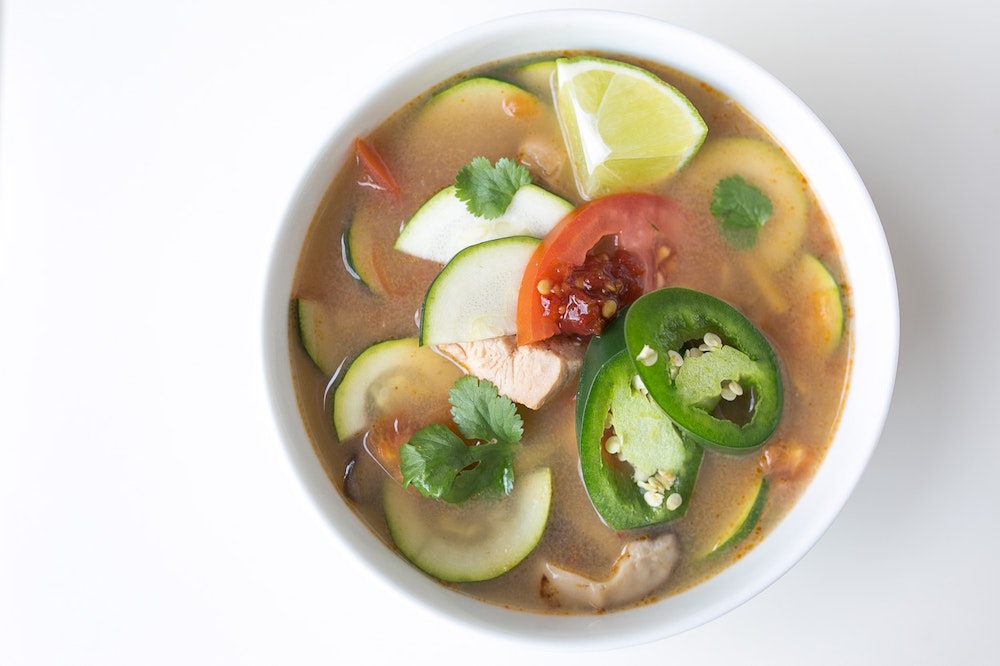 We featured Tom Kha Gai, a classic coconut-based Thai soup, back in March and it won such rave reviews that we had to bring it back. Clearly the dynamic combo of sweet, savory, and tangy won everyone over. Enjoy it for the first time or again!
Smarts: We use 1 cup of coconut milk (based on 4 servings) tonight here and the other cup gets used in tomorrow night's dinner. #ReduceFoodWaste
Tags
One Pot, Low Calorie, Quick and Easy
Proteins
Chicken, non-ground
Cuisines
Asian - Thai
Save recipe
148