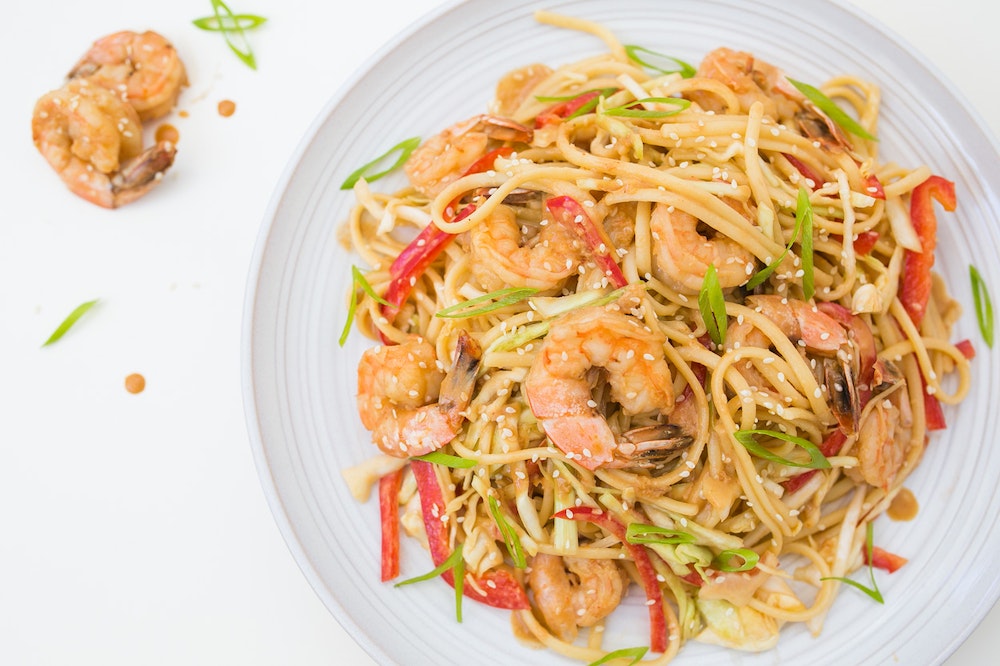 You'll want to cover everything in this savory cashew sauce after you try it over shrimp and cucumber noodles! Enjoy this hot or cold - it will definitely make a great lunch too!
Smarts: Feel free to try this with other nut butters and other veggie noodles too, like zucchini or even sweet potato.
Tags
One Pot, Low Calorie
Save recipe
206

Love the sauce! I used angel hair noodles and was yummmmy! Also, I didn't feel like getting peanuts at the store so I used crunchy PB and it was definitely the right amount of crunch :] will make again!

I really enjoyed the peanut sauce -- would use on other things. Don't need quite that much pasta water -- I'd rather have a thicker sauce.

Too spicy for this gringa, but will make it with less Siracha next time.

So So Good!!! We subbed Sirachi for crushed red pepper, since Sirachi is too spicy for me :) We will make this again. Super easy!

The sauce is awesome. Used rice noodles and subbed broccoli and carrots for the red pepper. But, that sauce! We will use it again and again!