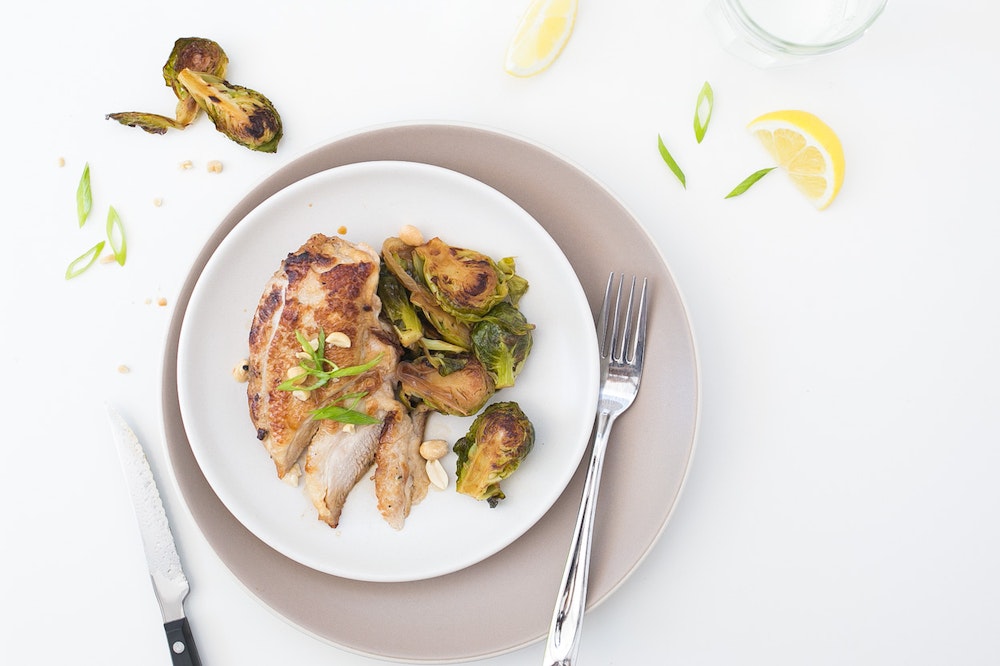 We use the last of our Asian marinade to add flavor to our skillet chicken breasts and roasted brussels sprouts. End the week with this simple, easy dish.
Smarts: All you need for a pan-sauce is just delicious brown bits and some stock (or even wine). Enjoy your meat with even more flavor.
Dependency
Fish Tacos
Tags
Low Calorie
Save recipe
65

We made this with 2 eggs each instead of 1. For so few ingredients this was much more flavorful than I expected.

The whole dish was very tasty and I will definitely make this recipe again. The brussels sprouts had a pop of flavor. I used a non-stick frying pan to cook the chicken instead of a saute pan and I think that was probably a mistake. The meat did not really sear well and there wasn't much flavor, even with the sauce over it. I will try making the recipe again and maybe add some cornstarch to the sauce to thicken it up a bit, then add salt and pepper.

This is my first "favorited" recipe. I thought it was really great, and loved the brussels sprouts on the side. My only qualm is that the flavors on the brussels sprouts were a bit too similar to the sauce for the chicken. Next time I might just toss the sprouts with salt and oil in addition to the cilantro/almonds, and skip the vinaigrette.

I didn't do a great job with the chicken, but the brussels sprouts were great!

Only made the brussel sprouts and they were good, but we could only find frozen ones so they were a bit more soggy than I'd like.