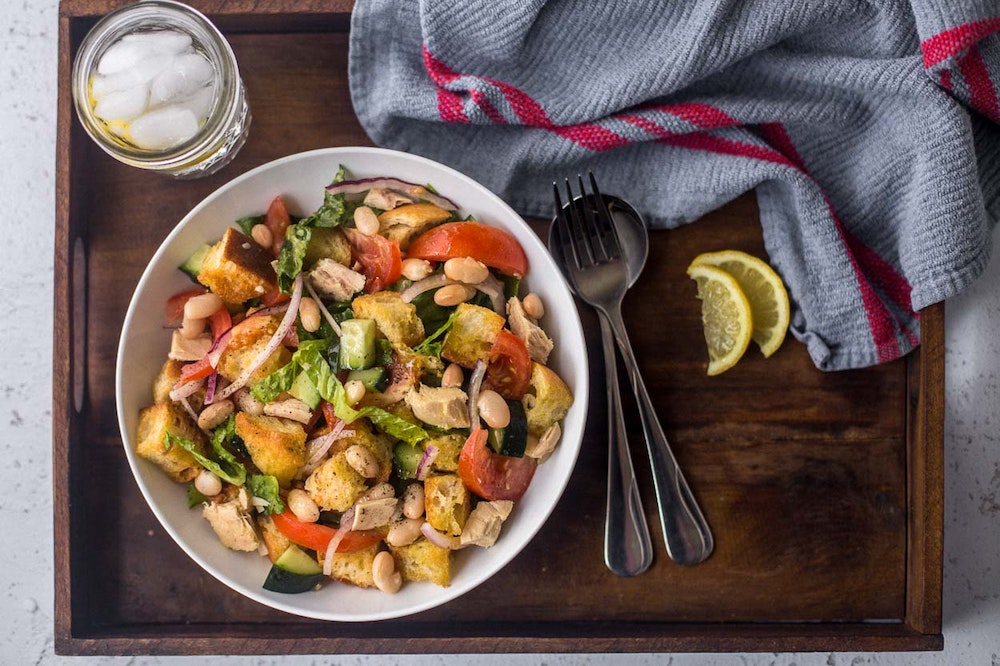 Panzanella is a bread salad and this version is hearty enough for a meal with the addition of summer produce and canned tuna. A version of this meal was last featured in the early days of our meal plan service.
Smarts: The key to panzanella is to toss it just a few minutes before serving so that the bread soaks up the vinaigrette and juice from the tomatoes but still retains some crunch.
Tags
Quick and Easy
Proteins
Fish, canned
Cuisines
European - Mediterranean
Save recipe
45