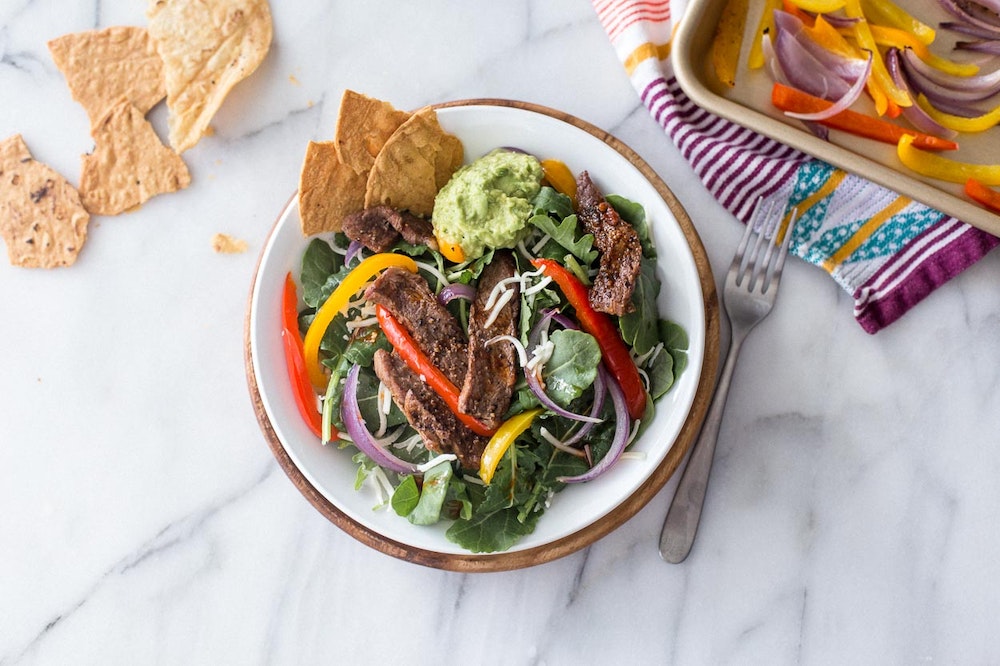 Broiling the peppers, onions, and steak gives them the same high heat treatment that sauteeing them in a skillet would, but gets the job done on a single sheet pan. Guacamole adds taco-night fun to this entree salad.
Smarts #1: Be sure to keep a close eye on everything as it cooks since the intensity of broilers can vary.
Smarts #2: Cook extra bell peppers and onions tonight and save some for Thursday's hash.
Tags
Dependent Meal Pairs
Proteins
Beef, non-ground
Cuisines
Latin
Save recipe
58