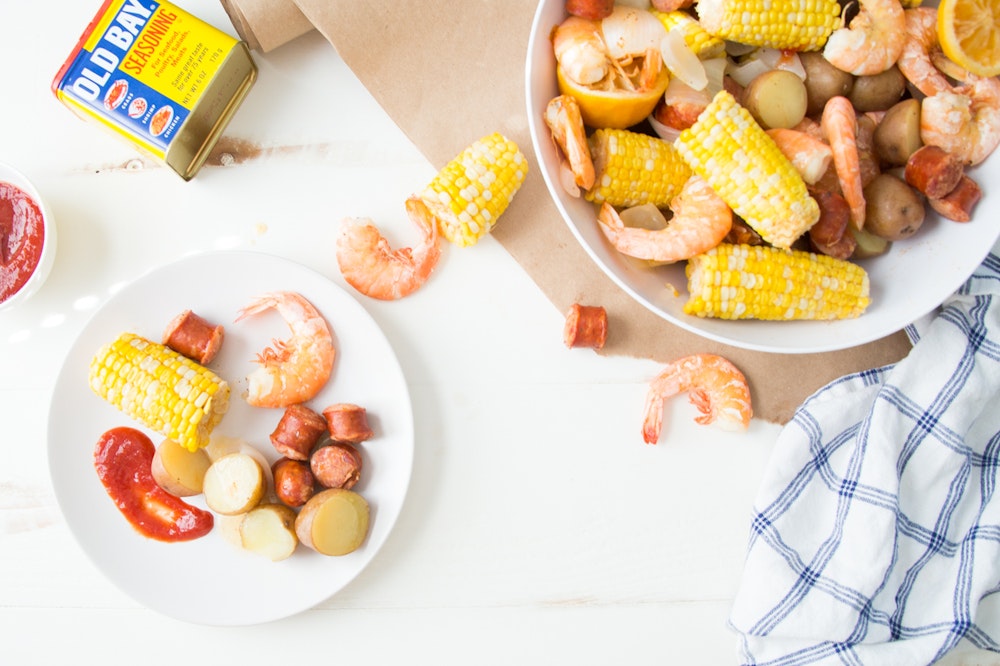 This summery meal has become a Cook Smarts community favorite. It is simple and easy to customize - just be sure you give yourself enough time to boil each component for the recommended time provided.
Smarts: If this is your first boil check out this video we filmed the first time we featured the meal in 2017. (This video shows the original shrimp-based version, but the vegetarian version uses the same staggered approach to adding each ingredient).

Really satisfying and easy. One pot. Like crab boils on Maryland's eastern shore. Should double the spice if you don't have kids. Couldn't find Old Bay so I used adobo which worked well. And about 1 1/2 to 2 cups of frozen corn can sub for the two ears of corn. AND I used everything in the fridge. No waste. This site is so worth it.

SO yummy. We loved this dish. It seems like a special occasion but it’s actually really simple to make. We served it with rice.

“This is the best meal I’ve ever had that I can remember at least since last year” ~6yo daughter. It was really great, similar to cabbage and carrots cooked with corned beef, the onion was even delicious! And our favorite vegan sausage all covered in a butter. Will double everything next time (except spices, can’t get too spicy for the family).

Really easy and a great way to feed a crowd! I looked up some additional sauces to make and it was a hit!