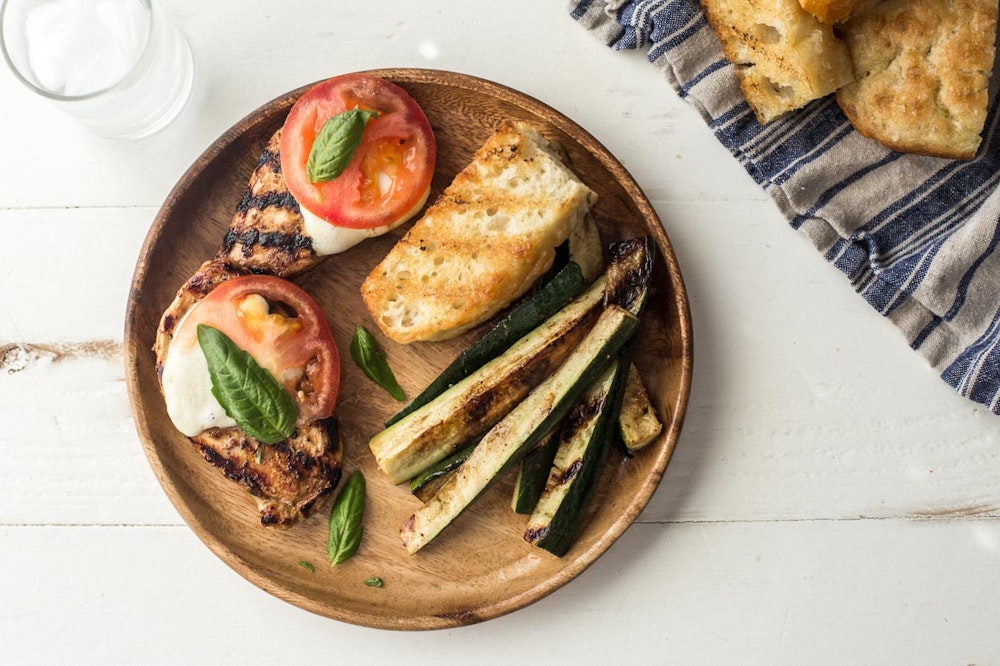 Panzanella is an Italian salad that is made with crisp toasted bread, fresh tomatoes, and other vegetables. It's a filling entree salad to serve when the weather is warm. Everything is tossed together right before serving so that the bread retains its crunch. If you want to fire up the grill for this meal, grilling all of the components will add even more flavor.
Tags
Grill Friendly
Proteins
Cheese, Beans, lentils
Cuisines
European - Mediterranean, European - Mediterranean
Save recipe
50

I mistakenly thought this was a sandwich and the Olive bread was cut thick and really hard to put in mouth. Haha It would work as a open faced sandwich and will make again NOT as a sandwich. Zucchini was surprisingly delicious!

Made the veggie salad with the original version caprese chicken to suit all diets. Salad was a hit too! Saved half the focaccia for pesto caprese focaccia panini next day.

So good!! I got to use zucchini and tomatoes from my garden and basil from my sister's garden. Super easy and a great summer meal

This didn't really come together well for me.

I can’t grill so I had to cook this on the stove and it definitely wants a grill. I’d probably pass on the marinade if I can’t grill when cooking again and just go with a balsamic glaze over top for that kick and bake the zucchini. Good meal otherwise.

I had hoped for more flavor from the marinade, and maybe I didn't marinate it long enough. I will definitely try again, though, as I love the flavor combinations.