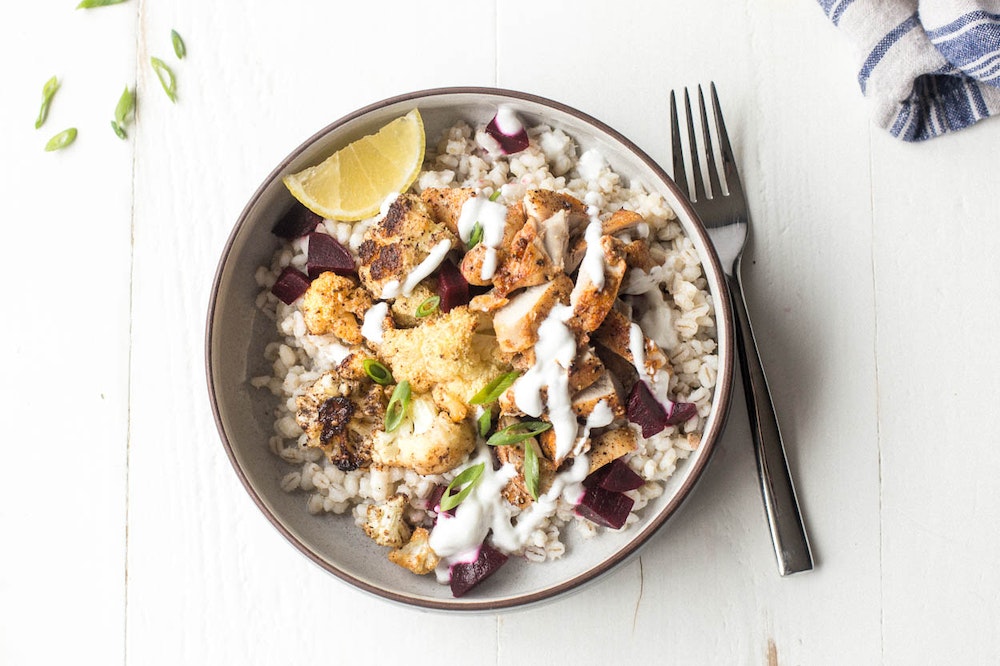 For this easily customizable grain bowl, roast marinated chicken and cauliflower together on a single sheet pan. Roasting the chicken at high heat helps it to get golden brown and slightly crisp around the edges as a nod to traditional shawarma, which is cooked on a vertical rotisserie.
Smarts: Be sure to set aside 1 cup / 237 mL of cooked barley for Thursday's soup (that's for 4 servings, so be sure to adjust if customizing).
Tags
Dependent Meal Pairs
Proteins
Chicken, non-ground
Cuisines
European - Mediterranean
Save recipe
148