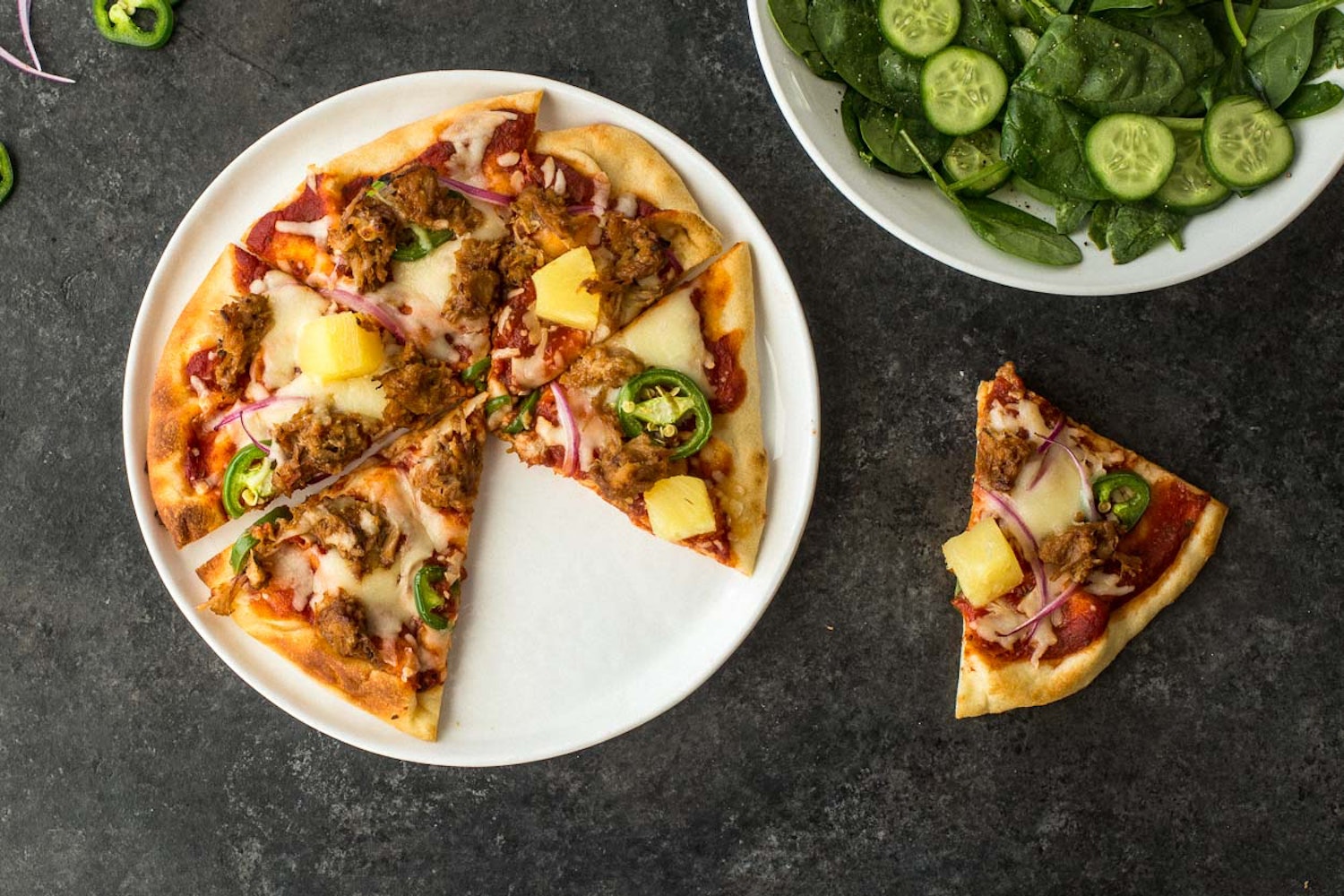 With leftover pulled pork from Tuesday and naan as the base, these BBQ pizzas are super fast and weeknight-friendly. Make the side salad while the pizzas cook.

This meal has 6 reviews

So easy and delicious. Will absolutely make again

This felt like a gourmet brick oven restaurant pizza. It was very tasty!!! Definitely pre-bake the naan and the finished product gets perfectly crispy.

Great pizza! I had some leftover pizza sauce, so I just mixed a couple of tablespoons of it into bbq sauce. That must have saved me 10 minutes. I’m parbaking and freezing some extras. My 3 year old hardly ever eats anything new. He ate this!

This was a great idea. Naan is amazing as a pizza crust.