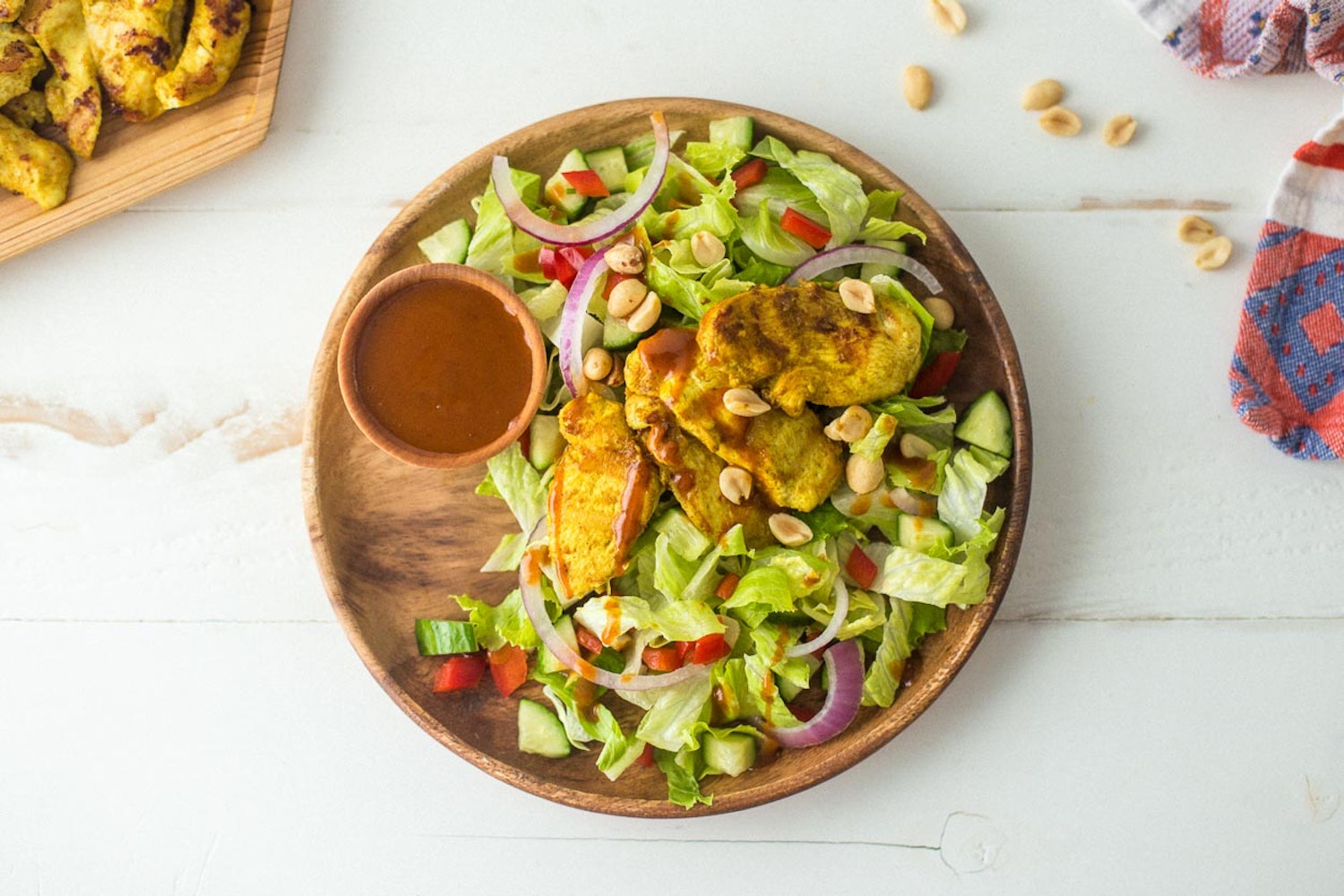 Thai Chicken Satay is usually served on skewers and grilled, but this version keeps things simple by cooking the marinated meat on a skillet or indoor grill pan. A creamy, rich peanut dressing adds to the Thai inspiration of this meal.

This meal has 17 reviews

Hands down, one of the best meals yet. I am so glad I have left overs :)

Loved this! The flavorful chicken went very well with the light salad greens. We used shallots instead of onions, because it turned out our onions had gone bad. Made the onion flavor less strong, which is a-ok by me!

This was soooo good! Both my husband and I loved it. He's not even a big salad guy, but the chicken was flavorful and the dressing was superb. We loved the freshness and the extra bite from the raw onion. I liked the extra crunch from the peanuts as well. I downloaded this one to my computer and definitely have plans to make it again.

This was very tasty! I added some left over coleslaw mix for some crunch and served with rice for my kids that won't eat salad.

I also kept the dressing separate for better leftovers. Our salad came out too oniony and too salty (it seems every time I use soy sauce it gets too salty. Maybe reduced sodium soy sauce is not the same as low sodium soy sauce?)--maybe my fault more than the fault of the recipe. Also the fish sauce stunk up the kitchen! Didn't love this one, but thought it was okay.