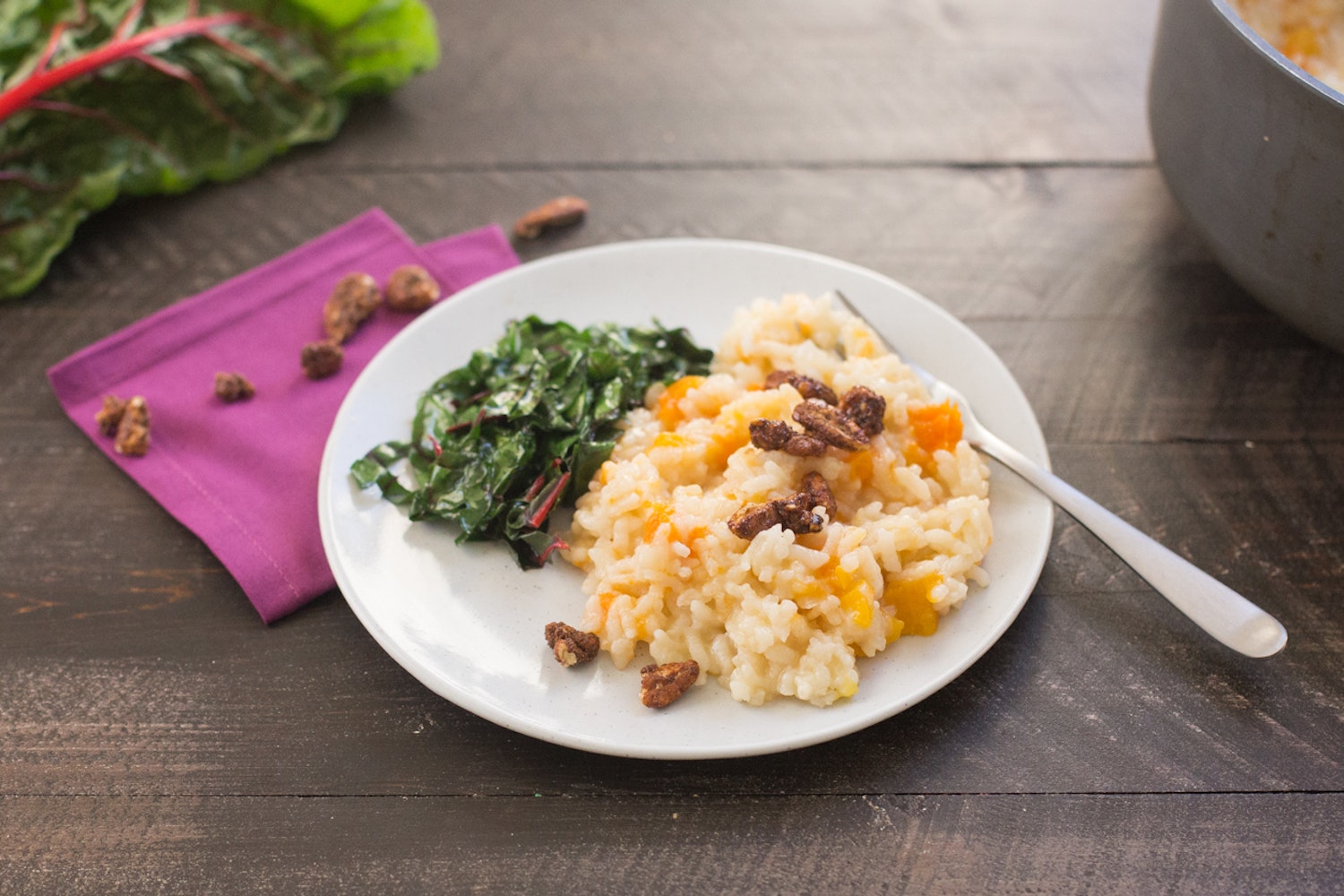 We wanted to feature this no-stir risotto during Thanksgiving week since it cooks on its own. If you've got prep to do for the big meal, work on it while the risotto is in the oven. This meal was last featured in 2018.
Smarts: Risotto can be made in the Instant Pot. For tips, join the Cook Smarts Instant Pot Facebook Group.

This meal has 11 reviews

Was not a fan of this unfortunately. The flavors didn’t seem to mesh well, and it was a bit bland. Not sure if we did something wrong or what.

The pecans didn’t turn out for me. They were eggy. Husband liked the chard. I liked the risotto.

Remember enjoying this last time! Made it in the instant pot this time and it was so fast and easy.

I thought this was really good except I didn't care for the spiced pecans in the dish and I thought it could have used way more chard because we finished off the chard (which paired very nicely with the risotto) but then still had half a pan of risotto left that I didn't really want to eat without the chard. Would at least double the chard next time! Maybe more than double!

We liked it! Subbed kale for chard and just toasted the pecans in a pan to save time. Buying pre-cooked squash really saved time too.

I bought cubed butternut squash but the cubes were very large so I cut them smaller. I'm glad I did. They almost melted into the risotto. I didn't find anything weird about using an egg white and the nuts came out tasty. I only wish I'd have saved the yolk for the meal next week that uses one egg yolk. I enjoyed this meal. I'm not used to eating chard but it's very healthy so I was glad to serve and eat it.