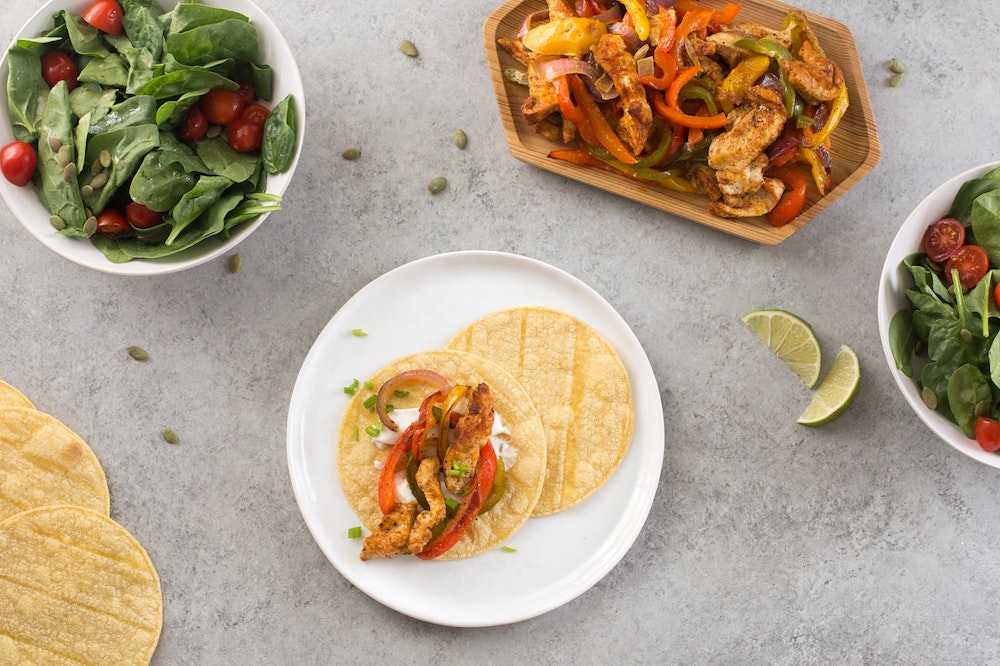 We featured a version of chicken fajitas in 2017, but this version is significantly faster to make without sacrificing any bold flavor.
Smarts: Cooking the chicken and peppers under the broiler gives them authentic fajita flavor by lightly charring them in places. Keep a close eye on the ingredients as they cook to prevent burning.

Easy and tasty. I added black beans to the veggies with about 7 minutes of roasting left to add some protein. We didn't make the salad--just had some roasted corn on the side. Will make again!

The chicken and salad dressing are amazing! I just BBQ'd the chicken

Fast to make but didn't really work for us. We have a similar recipe but pan fried and like that better.

I doubled the spices and the dressing. We’re saucy people.

Loved making them in the oven. So easy! Doubled the spice mix. Took a bit longer to broil, but my pan was pretty full. Salad was good too.

We would definitely make this again. Great taste, healthy, and very easy to make.