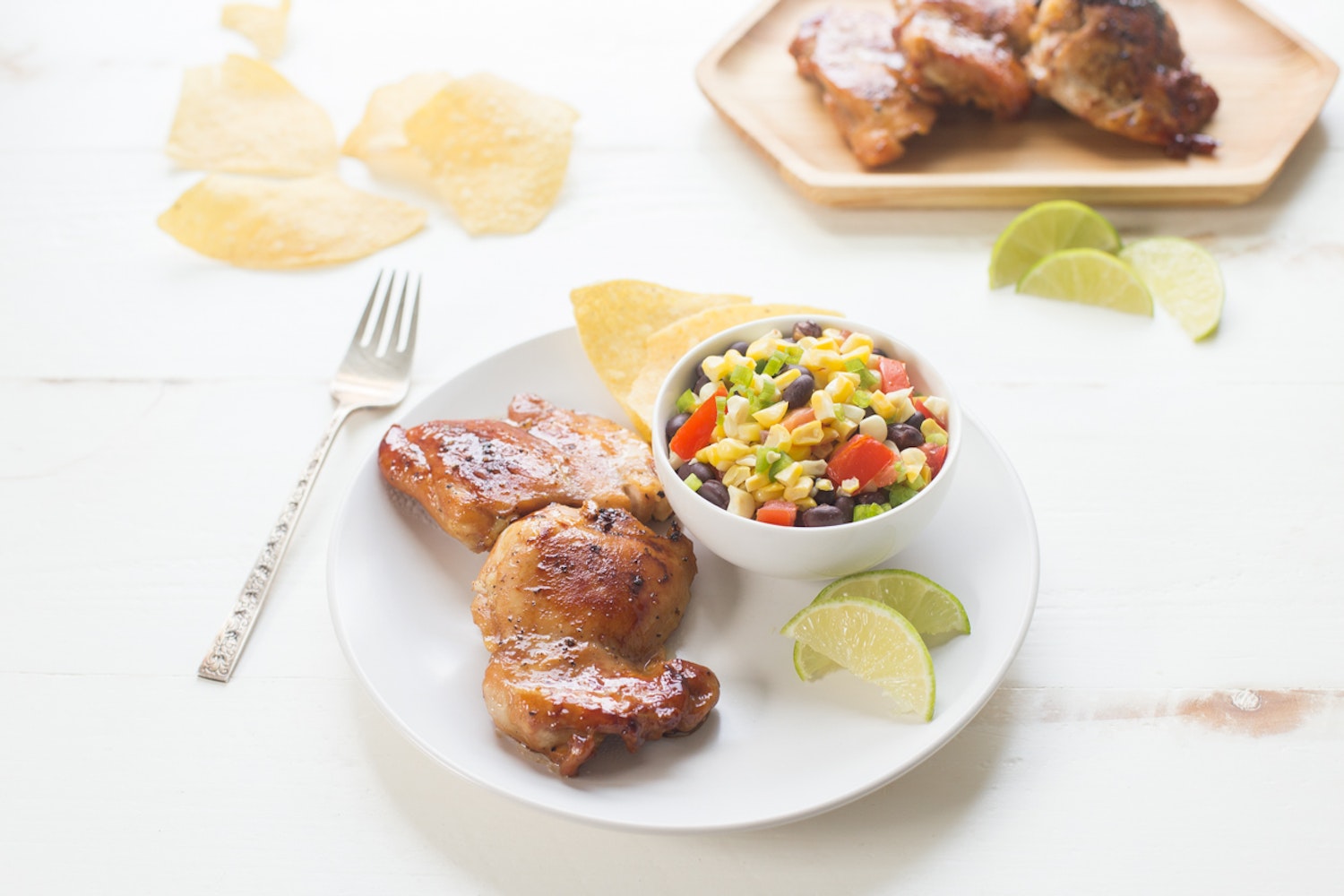 Colorful and simple, this fresh summer meal makes great leftovers and can even be served at room temperature if the weather is particularly hot.
Smarts: This is a lighter meal. When we first featured it in 2018, many reviewers found it sufficient as written, while others said it could use something more. A simple green salad would be a great addition if you'd like an added element.

The salsa is good; the chicken is blah.

I love this meal. I make it often. The marinade is wonderful and it is a very easy meal

This thing is delicious.

Subbed hatch chili for the jalapeño as it was in season. Had corn on the cob & also made quesadilla with the salsa for the vegetarian in the house. Did chicken in pan, would like to grill next time.