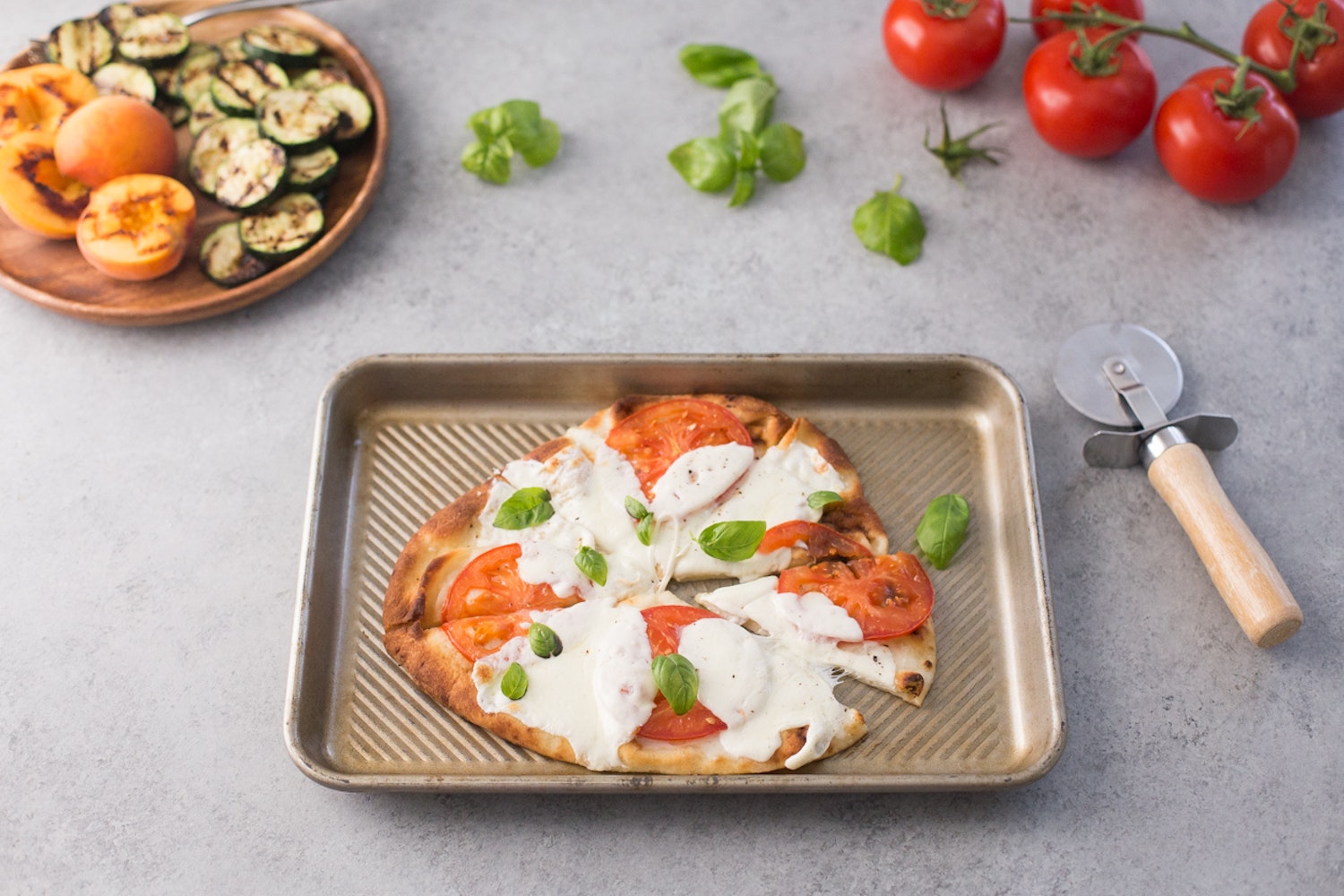 Inspired by the Italian summer salad with tomatoes, fresh mozzarella, and basil, these naan pizzas take advantage of summer produce at its peak. We featured a similar meal using pesto, but this time we're topping the pizzas with a simple garlic oil.
Smarts: Be sure to slice the tomatoes and cheese very thin or they may release too much moisture onto the naan crust during cooking.

This meal has 20 reviews

This was delicious! I made the pizza exactly as written. I used the oven, but may try everything on the grill.

Loved the peaches, especially with a sprinkle of cinnamon. The pizza was good, though not particularly notable.

Used the indoor cooking option and heated the peaches briefly in a pan. We liked the flavors but didnt like the combination of textures. Between the roasted zucchini and warm peaches, a lot of the plate was slightly mushy.

So simple and deceivingly great. The grilled peaches are basically pie when you add a little cinnamon!