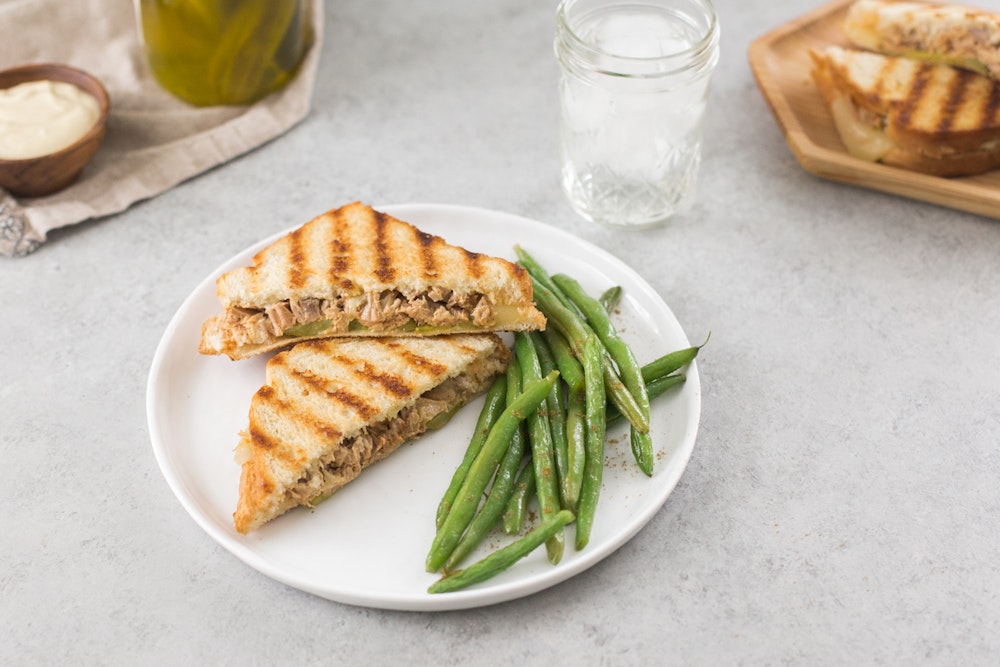 With shredded Mojo pork leftover from earlier in the week, these Cubano sandwiches are a breeze to make. Although we featured the Cubanos back in 2017, we changed things up a bit this time, suggesting sandwich bread (which can be easily pressed between skillets like panini) instead of baguette and serving the sandwiches with flavorful green beans on the side.

Great flavor to go with the meat (I had venison shoulder instead of pork) and very easy and efficient to use the leftovers from the pork bowls earlier in the week!

Loved this. Being from South Florida, this is comfort food.

A very quick meal, but the pork, pickles, and mushroom was really odd together.

This was easy and fast. Really tasty.

So good! One of my husband's favorite sandwiches and it came together really quickly with the leftover pork. Would love to see that meal combo again in the future!

Amazing! The choice of pickles in the grilled sandwich was an inspired one! I was skeptical, but dill pickled added a ton to the flavour.