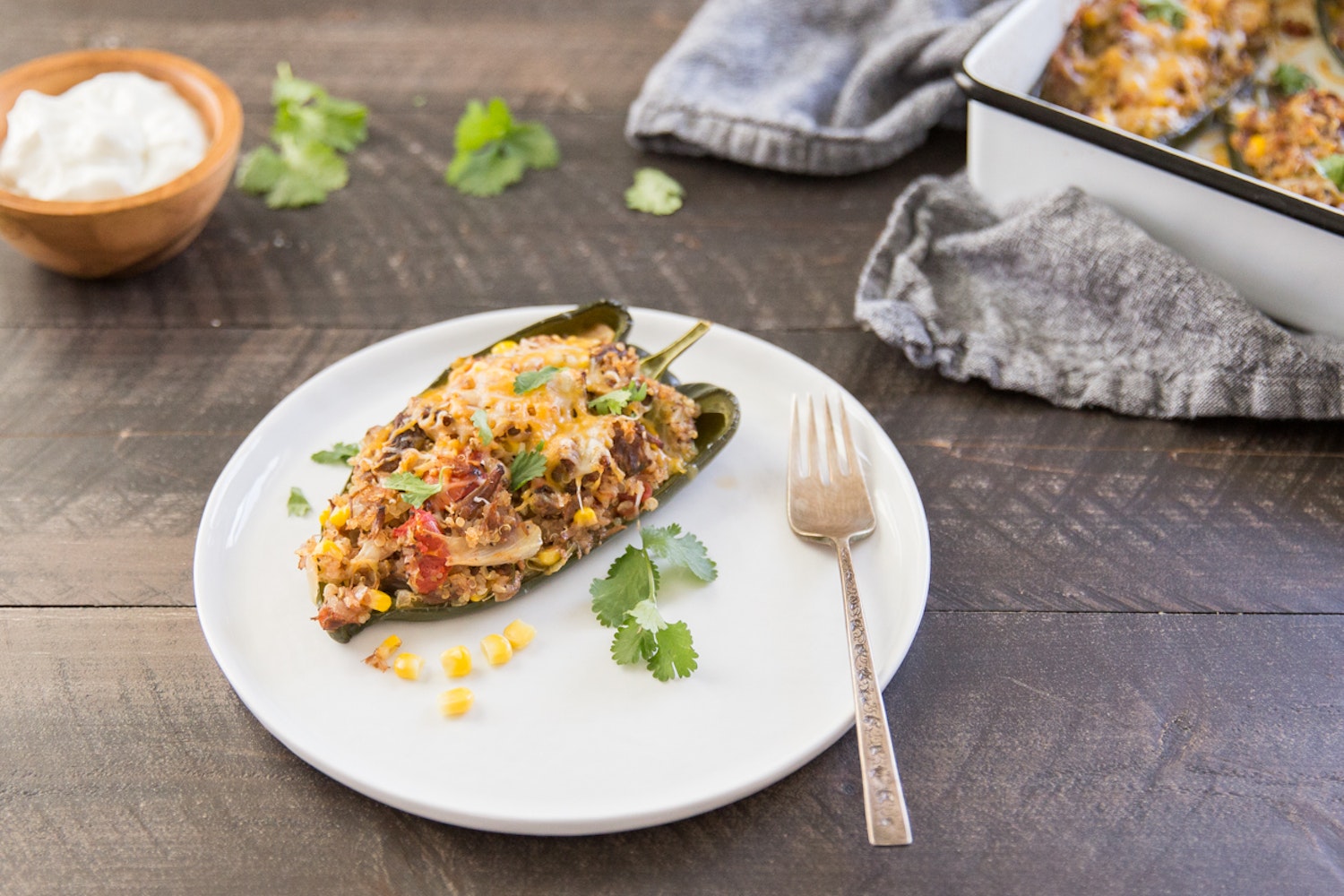 Leftover barbacoa and cauliflower rice from earlier in the week make an easy filling for baked stuffed peppers.
Smarts: Test the peppers towards the end of the suggested cook time to be sure they are done to your liking. We find that some people prefer their peppers to be super tender and others prefer that they still have a bit of crunch.

Used a mix of poblano and bell peppers and both were very good. Next time I'd add a bit more salt to the filling. I left out the corn and we had corn on the cob as a side instead.

I chose Paleo version because it was closer to what I made, but in reality it was more like Keto/Low Carb variation. I added cheese to the Paleo version. Also, served Coleslaw from the original Barbacoa recipe on the side instead of mixing it into stuffing. The resulting dish was even more enjoyable than the Barbacoa Tacos.

We enjoyed this! Messed up the pepper cooking instructions just due to oversight on our part, so ended up mostly doing it in reverse (added water after we'd been baking them with stuff in them) and they still turned out fine!

This was so tasty and really easy! We ended up using canned green chillies instead of adobo (we couldn't find it that day), and it still turned out excellent!

Yummy!! We like the soyrizo. We would recommend extra corn and also perhaps an avocado and tomato salad on the side.