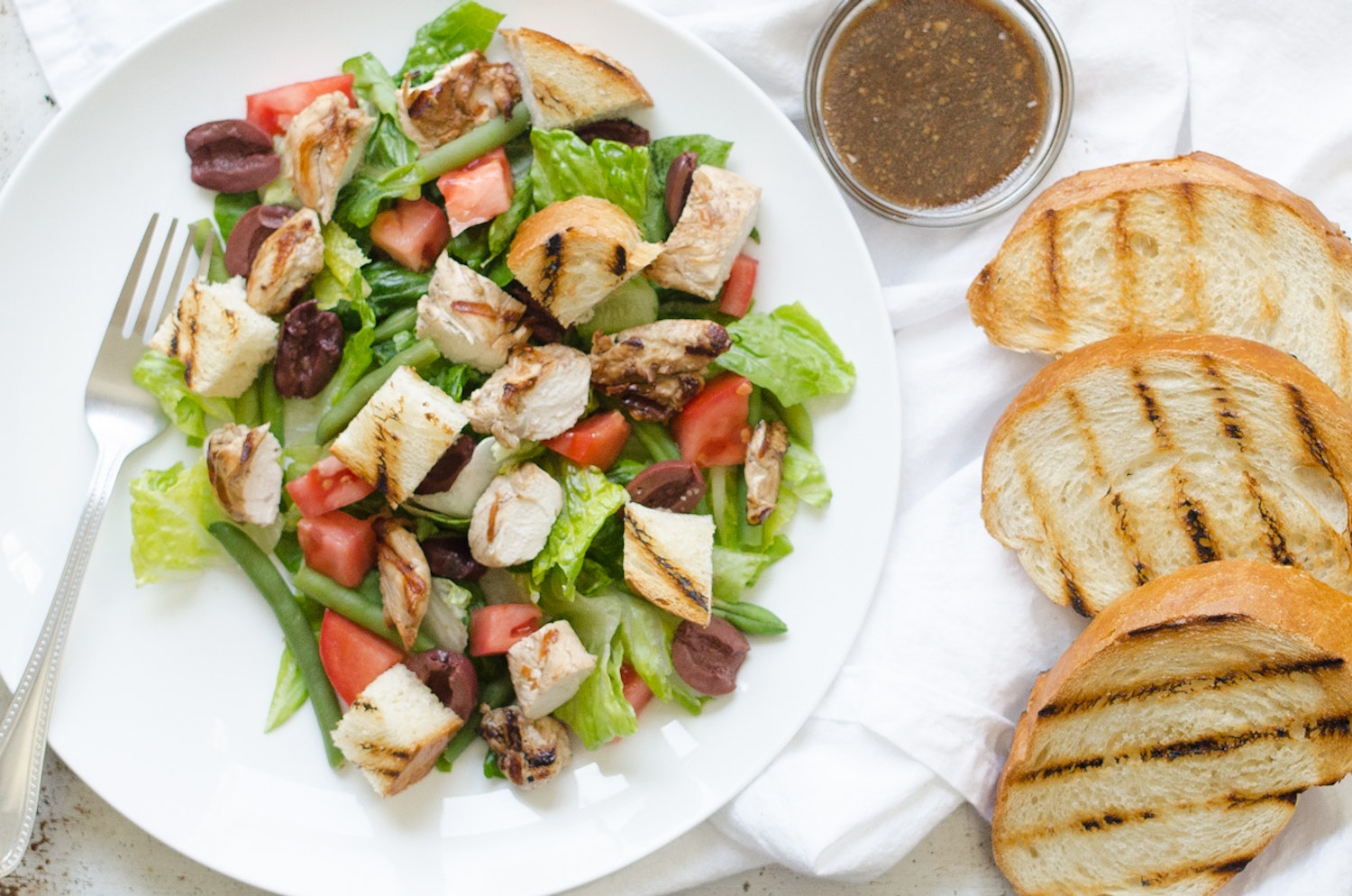 I didn't expect this to be a filling meal, but it was great. Not enough dressing for 4 servings, but I might have used more lettuce than suggested..

This was not bad, but could've used something more. Didn't think the green beans were needed/added anything to the dish. Next time, I'd probably add tofu or something. Liked the marinated feta and the dressing.