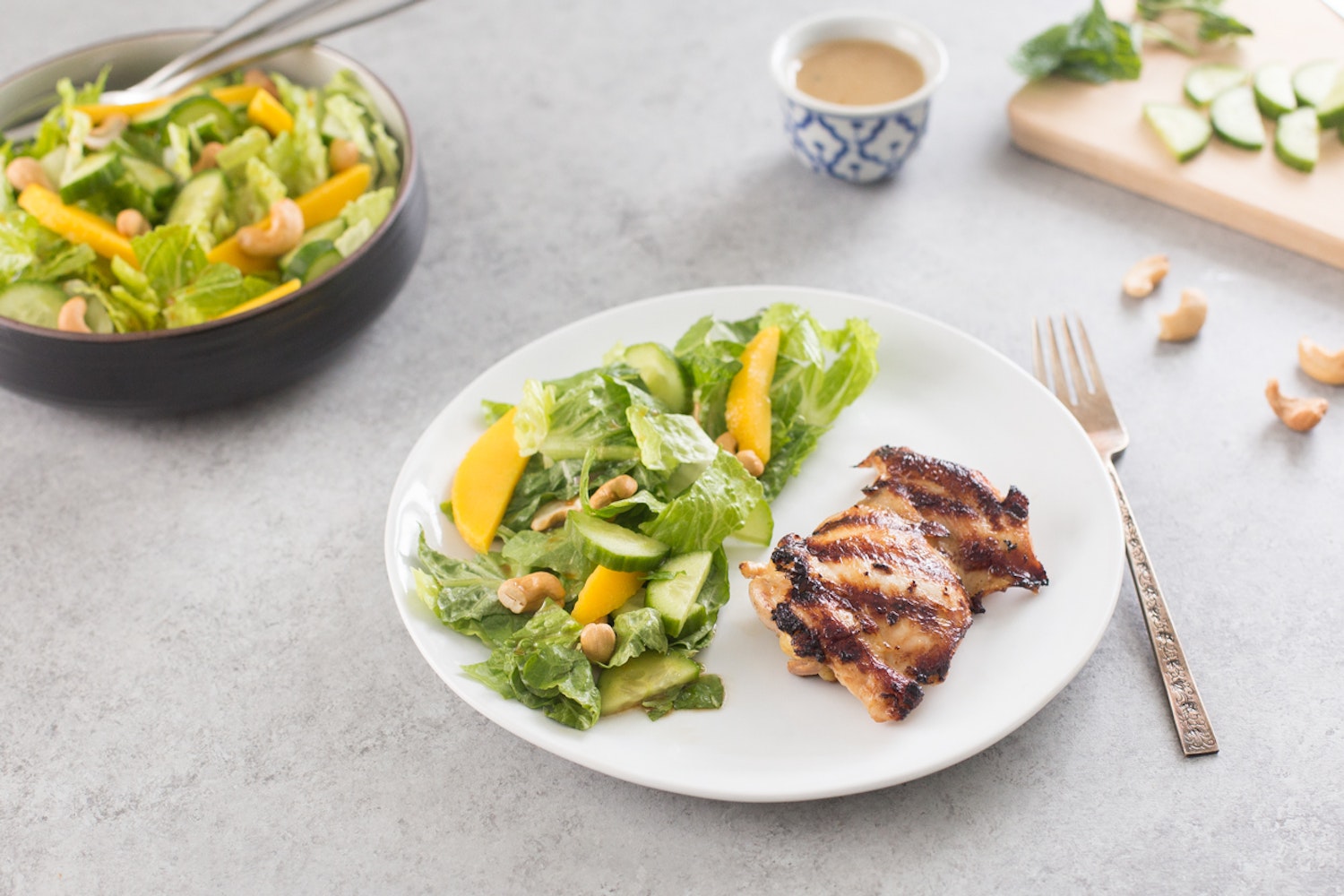 A Thai-inspired marinade with sweet, sour, and savory flavors works as both a marinade and salad dressing in this colorful meal. The dressing is thin, so be sure to toss the salad right before serving.
Smarts: We used English cucumbers for the salad shown in the photos. English cucumbers are smaller, sweeter, and have fewer seeds than other varieties. If you see them at your grocery store, try them in your next salad!

This meal has 33 reviews

We enjoyed it but we were left a bit hungry still

This has been one of my favorite meals so far. Chicken was juicy and flavorful and the salad (we subbed the romaine for an arugula/spinach mix) was killer. Will definitely make again!

It was good!! We really liked it, but it wasn’t too filling, perhaps better as a lunch or use extra portion sizes (ie, use cooksmarts to make 6 if you really only want 4).

So flavorful and easy to make. I just regret I didn't take a picture of it!

The chicken was so great. Did it in the skillet. Unfortunately missed that the marinade was the dressing as well and used it all on the chicken - but that meant we definitely tasted the marinade on the chicken! I just used soy sauce, oil, and sesame oil for the dressing, and it was delicious. Wish there would have been another side option, though.