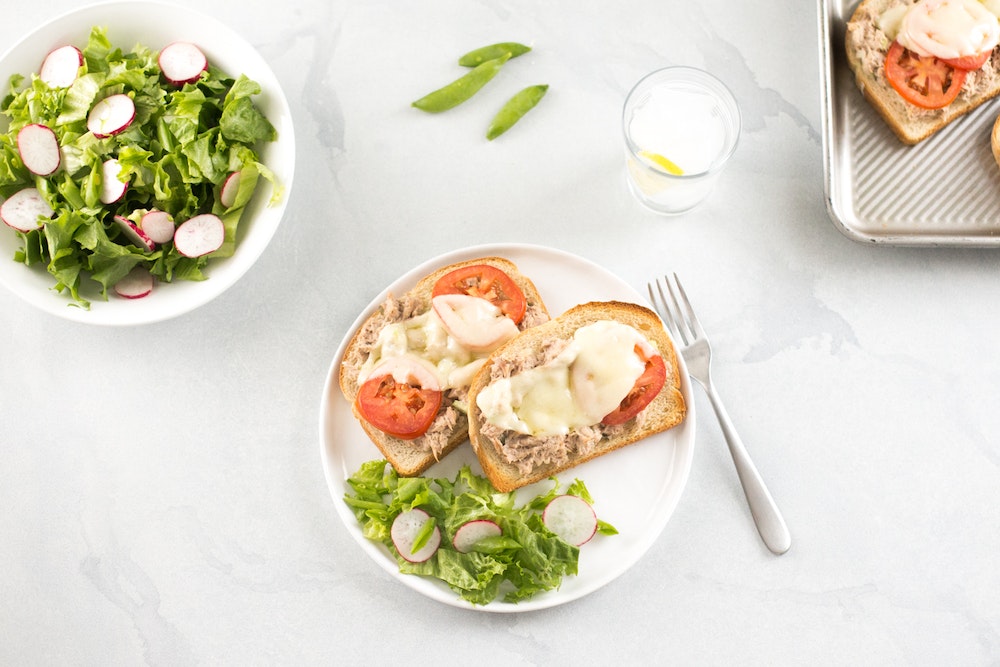 If you're a fan of tuna salad, you'll love this paleo-friendly way of serving the classic. Roast the bell peppers until they are tender but still sturdy enough to hold the tuna salad.
Smarts: This meal is great served chilled, so make extra and use it for lunches throughout the week.

I'm sorry!!! I always try to stick to the recipe, but I'm from Maryland and we always make our tuna with Old Bay®... It's great on tomatoes too! So I deviated from the recipe and used my Old Bay® and it was awesome!! I really enjoyed this casual meal- thank you!

wasn't my favorite salad but the tuna melt was tasty!

This is a solid tuna melt. The shallots really make it, plus we had homemade pickles for some extra kick. Yummy and simple.

Husband loved this meal but the rest of the family wasn't sold.

Simple and tasty. Not a showstopper, but good.