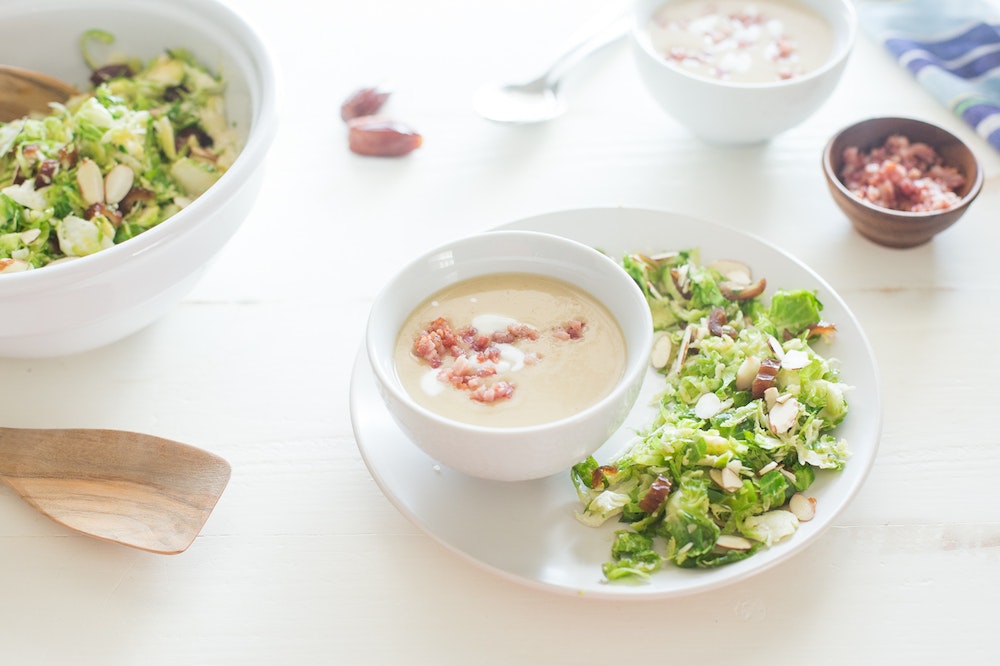 This wintery soup and salad combo plays with savory and sweet flavors and got great reviews when first featured in 2017. A quick saute of the shaved brussels sprouts brings out their natural sweetness and bright green color.
Smarts: While great served warm in this meal, the brussels sprouts salad will keep for several days in the fridge and is just as good served slightly chilled.
Smarts: The soup could be made in the Instant Pot. For tips, join the Cook Smarts Instant Pot Facebook Group.

The Brussels sprouts we’re phenomenal! Loved the soup too. This meal was delicious, a bit time consuming but worth it!

Loved it! I may never use lettuce for a salad again! Definitely the best of the meals I made this week. I will make this again.

Favorite meal for this week

Yum! Both elements of this were fantastic. I didn't manage to find pre-shredded brussels sprouts and don't have a good attachment on a food processor, so the step of chopping up the brussels sprouts took quite a while, but otherwise I'll go back to this recipe for sure.

Loved this soup! Sautéed some garlic with the pancetta and added thyme, oregano, paprika, and a pinch of red pepper flakes. Stirred a little heavy cream and the pancetta and garlic into the soup after puréeing.