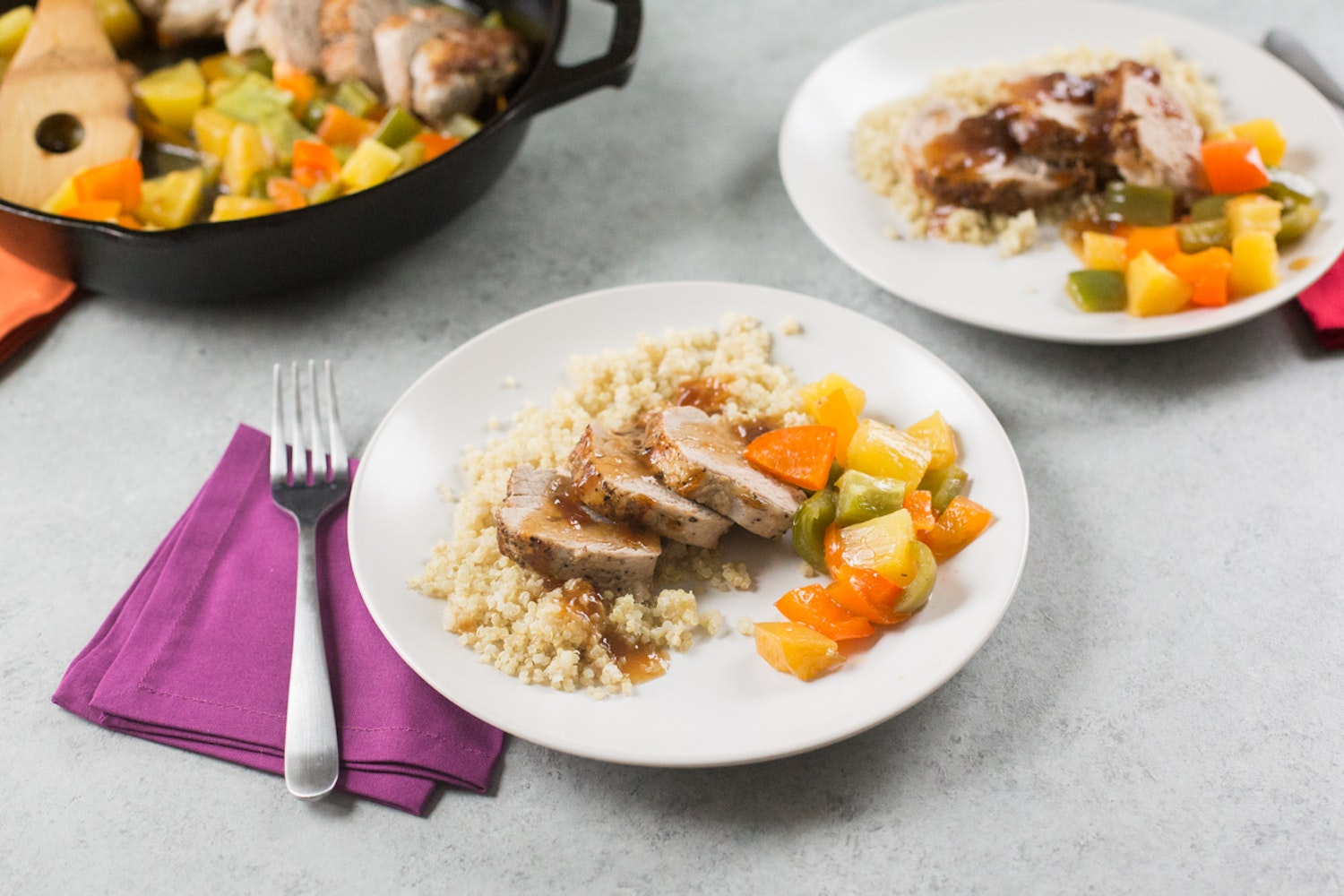 This skillet meal is Hawaiian-inspired with pan-seared pork tenderloin, bell peppers, and pineapple. Topped with teriyaki sauce, the entire dish has a great balance of sweet and savory flavors.

This meal has 25 reviews

This one was easy for a weeknight a tasty. I used a dutch oven rather than a skillet.

Made with turkey tenderloin.

Used pork chops instead of tenderloin -- tasty with the sauce.

Loved it! Made coconut rice instead of quinoa. Didn't have pineapple, but didn't miss it. Used two very thick boneless sirloin pork chops and they worked great.