Twice-Baked Potatoes with Broccoli and Cheese
and balsamic brussels sprouts 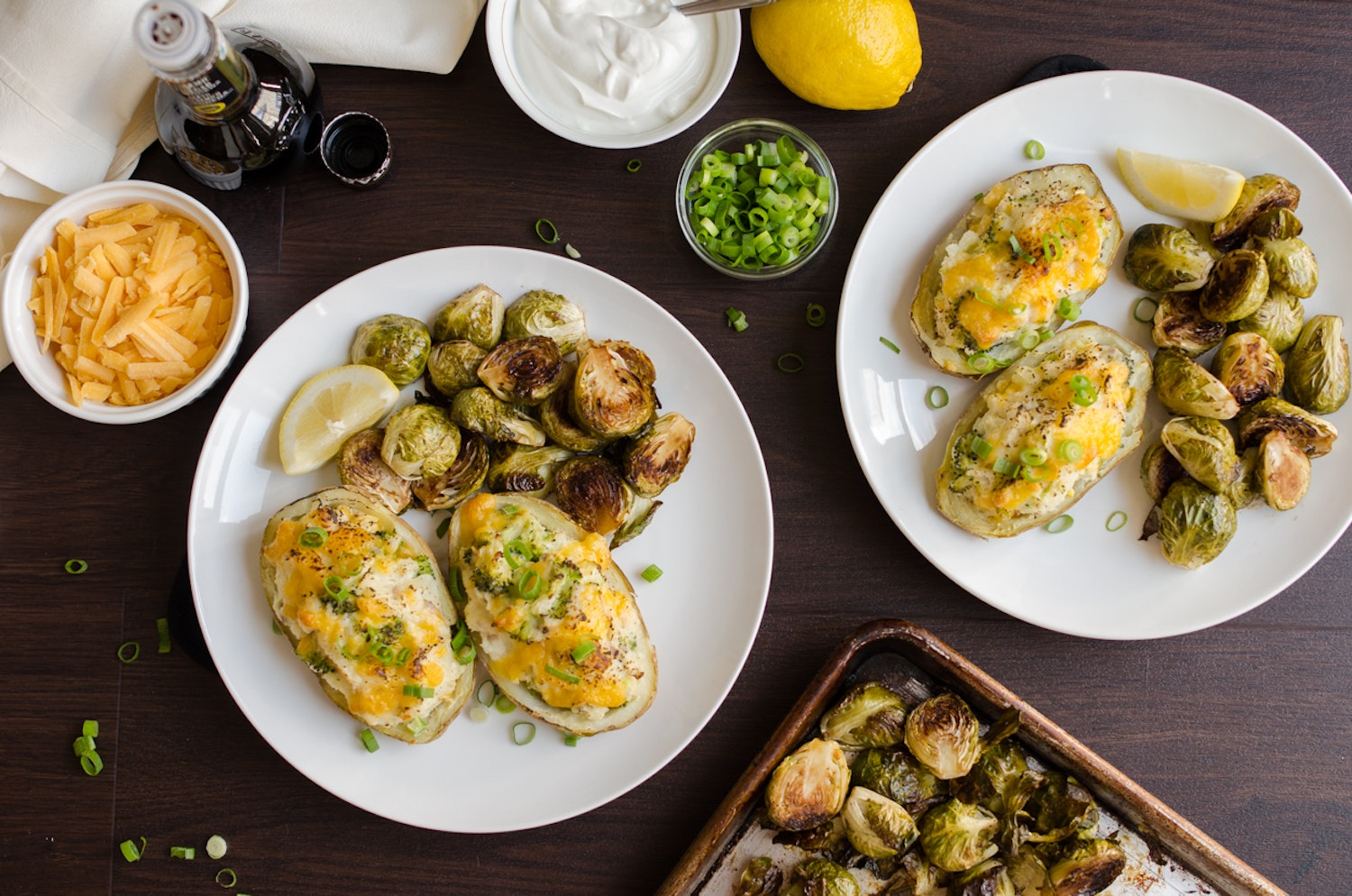 These comforting twice-baked potatoes were first featured in 2015; this time around we use broccoli. Finish the potatoes in the oven alongside the balsamic Brussels sprouts for an easy one-pan dinner.

This meal has 48 reviews

This is a great make ahead and freeze for later recipe. I baked my potatoes rather than microwaving them. The brussel sprouts were fantastic.

We made this vegan by using dairy-free cheese/sour cream. Definitely one of the best recipes! The potatoes were microwaved perfectly and the brussels sprouts were delicious. A little time consuming but absolutely worth it for a great comfort meal.

Microwaving 7 potatoes a once was incredibly time consuming and not possible to cook them all in the amount of time specified in the recipe. We ended up with half cooked potatoes. The dish itself was good, but the undercooked, dry potates were not.

Are an entire pound of b sprouts myself! So much for leftovers. Loved these Brussel sprouts!

Best brussel sprouts of my life. And I eat a LOT of sprouts!

These were WELL loved. Both the vegetarian and the paleo options were big hits.