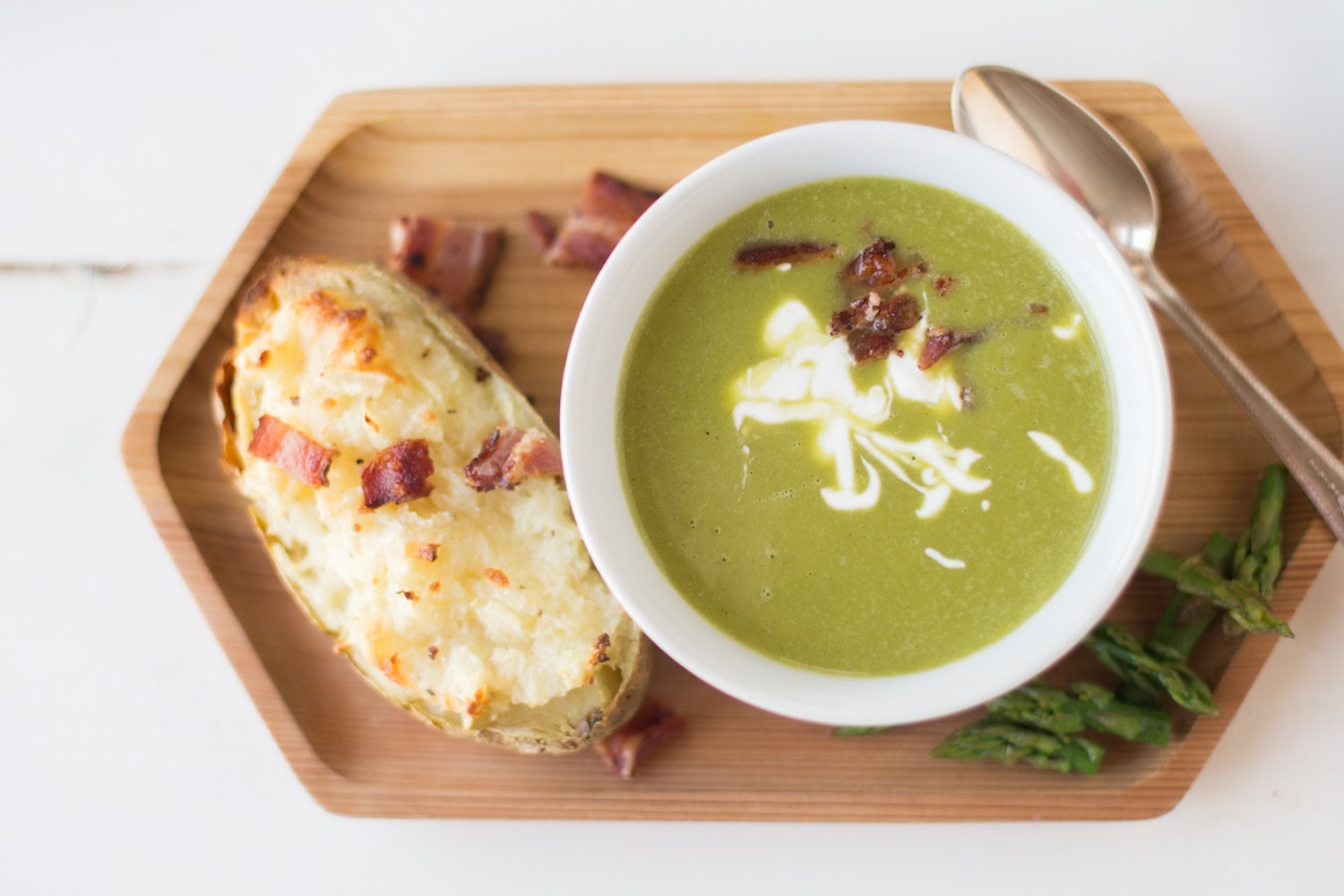 Asparagus soup is a staple of spring. Ours gets extra flavor with the addition of zucchini, which adds thickness to the soup while allowing it to keep that bright green color. Serve the soup with another spring favorite, twice-baked potatoes.

This meal has 60 reviews

Such a good combination. This tastes like spring to me.

I loved this meal, although I waited to cook it until it is too hot in Arizona, so I'll have to bring this back next winter.

I added 1/2 tsp cinnamon and 1/4 tsp each ground ginger, clove, cardamom to the butter/sweet potato mix-delicious like pumpkin pie without added sugar. Also recommend you try to get all the sweet potatoes to be the same size if cooking in oven so they cook evenly.

forgot the sour cream and didn't make the potatoes. I accidentally made it too spicy with some heavy handed red pepper flakes... but I would try again

The boys really liked this. I think it needed less liquid than I added to make it thicker, and it needed bacon crumbles instead of the chopped bacon like I did.